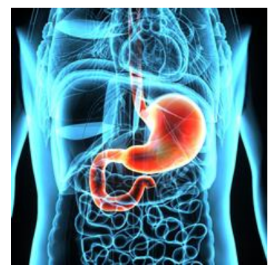 The incidence of early-onset gastric cancer (EOGC), a type of cancer that occurs in younger patients and found throughout the stomach, is markedly elevated in the Republic of Korea. As a country with the highest rates worldwide in both sexes, there is a need to identify molecular signatures that can be used to diagnose and treat EOGC.

Determining both proteomic and genomic signatures can improve understanding of the disease and lead to better subgrouping of patients with EOGC.

Proteogenomic analysis, from phosphorylation and N-glycosylation data, identified signaling pathways correlated with somatic mutations. For example, the ARID1A gene is frequently mutated in gastric cancers with poor prognosis. Phosphorylation data found variants in the ARID1A gene, which encodes a subunit of a chromatic remodeling complex involved in cell differentiation and proliferation, correlated with increased phosphorylation of proteins involved in oncogenic signaling pathways like WNT, PI3K-AKT, mTOR, and more.

ARID1A gene showed a correlation of its mutations with changes of N-glycosylated peptide levels in 80 proteins, with proteins associated with cell migration and immune response-related processes. These data were consistent with findings from mutation-phosphorylation correlations for ARID1A gene.

Of the four EOGC subtypes identified by proteogenomic analysis, diffuse and less-diffuse tumors showed different mRNA expression patterns and were enriched in RNA1 and RNA2 clusters with good and poor survivals, respectively.

Based on these results, proteogenomic analysis provides additional insights into the understanding of EOGCs and provides patient grouping of patients with EOGCs.

This study is part of the International Cancer Proteogenome Consortium (ICPC), a partnership with the National Cancer Institute (NCI) Clinical Proteomic Tumor Analysis Consortium (CPTAC) and inspired by the NCI Cancer MoonshotSM.

Visit the CPTAC Data Portal to access datasets related to this study.