In Case You Missed It: CPTAC Investigator Spotlight on Karin Rodland

The Investigator Spotlight Series was the brain child of Dr. Dawn Hayward, an NCI Communications Fellow at OCCPR, to highlight our CPTAC researchers and thier work. In case you missed it the first time, here she features CPTAC scientist Dr. Karin Rodland. Enjoy!

Feature: Colon Cancer and Retinoblastoma
In May of this year, CPTAC investigators published 'Proteogenomic Analysis of Human Colon Cancer Reveals New Therapeutic Opportunities' in the May 2, 2019 edition of Cell. Investigator Spotlight spoke with Pacific Northwest National Laboratory's Karin Rodland, Ph.D., one of the lead investigators on the project.

Investigator Spotlight (IS): This study was a follow-up 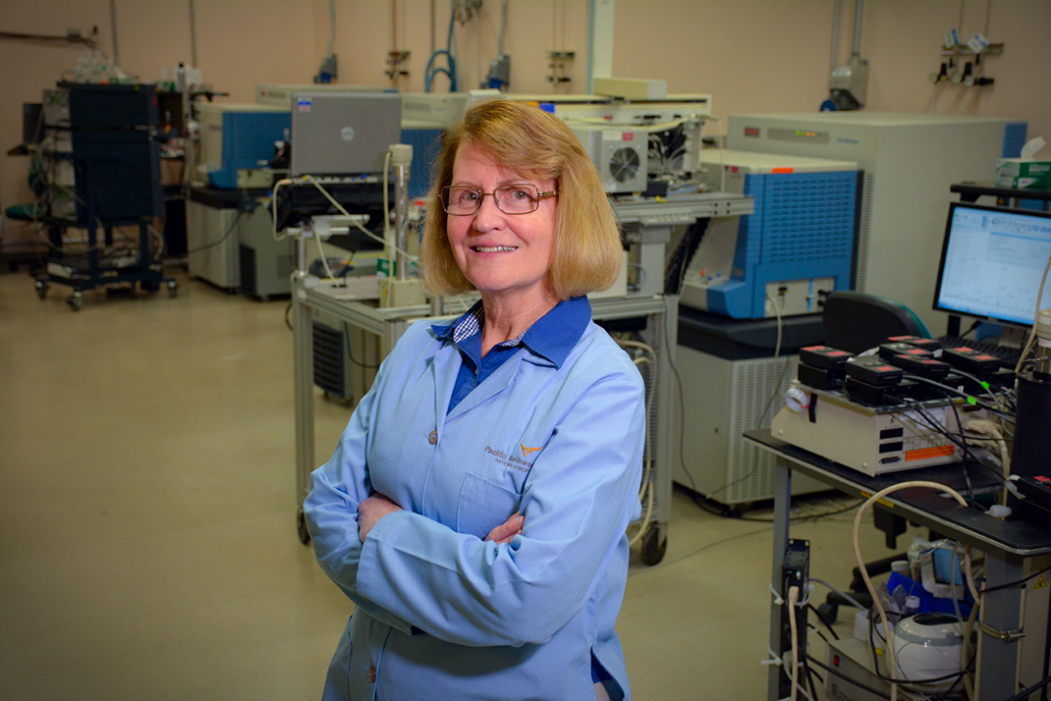 to the first CPTAC paper investigating the proteomics of colon cancer. Why is a second manuscript needed in these studies?
Karin Rodland (KR): To do a correlative analysis in -omics there are lots and lots of variables and relatively few samples, like 100-150 samples and we’re measuring nearly 10,000 proteins. So you run into the multiple-hypothesis problem. Here we needed an independent population to verify the information you get the first time [in the previous study]. We call them confirmatory studies.

IS: What is the importance of including phosphoproteomics?
KR: Phosphoproteomics measures the flow of information in a system.  All cells contain the same potential informational content in the DNA, but only the actual proteins expressed in a given cell are available to transfer information. For example myosin and actin cause muscles to contract but an epithelial cell does not express the same myosin and actin proteins as muscle. Whether myosin-actin causes contraction or not requires a flow of information; protein phosphorylation is a very important mechanism for transferring information from the outside to the inside of the cell.
The genome tells us the potential of the system and phosphoproteomics tells us what it's actually doing. Imagine a fleet of cars, trucks and buses sitting in a lot. What is the company doing, deploying executive cars or heavy equipment? Phosphoproteomics tells us what a cell is doing.

IS: Retinoblastoma (Rb) was found to be phosphorylated in this study. Why is this significant?
KR: Rb is a tumor suppressor and loss of Rb promotes bad behavior in a cell and promotes carcinogenesis by removing the brakes on cell proliferation. In colon cancer Rb was found to not be deleted but amplified.
It was puzzling why Rb is amplified in colon cancer. Amplification is at the DNA level which makes you think there is Rb protein, and thus more tumor suppressor activity involved. By looking at Rb phosphorylation, we found that even though there are more copies in the cell the Rb protein is highly phosphorylated, which is a configuration which makes it not act like a tumor suppressor!
If you look at the DNA copy number you think ‘Whoa this tumor suppressor is upregulated!’, but take a look at the phosphoproteomics and it's stuck in a form that is promotes cell proliferation. This is a perfect example of why you need to go to the phosphoproteomic level, a protein could be active or inactive depending on phospho- status.

IS: What were some of the challenges when doing this study?
KR: This was the first paper using the multi-PGDAC model [of the CPTAC pipeline, Proteogenomic Data Analysis Centers]. There were logistics challenges in terms of getting teams of computational sciences [together] and asking them to collaborate as teams with other teams. In CPTAC 2.0 [2011-2016] the data analysis was physically co-located with data interpretation. Now the mass spec analysis is done at Vanderbilt and PNNL and the interpretation was done at Baylor and NYU. So communications were more challenging, but it all got worked out in the consortium.

IS: Why is this multi-disciplinary approach critical?
KR: No one person can have all the expertise one would need to do this study. Teams bring together people who specialize. Technology has become so sophisticated that to be competent in a certain technology you almost have to focus on it exclusively. There are genomics and transcriptomics people, mass spec people who like to do phospo- peptides and mass spec people who like to do glycopeptides. There’s data analysis, statisticians, epidemiologists and doing experimental design. There’s the genomic scientist who wants to talk about mutational profiles. Looking at so many types of data and looking at them very deeply, not superficially, you need to bring it all together.