Data Sharing Policies: From Bermuda, to Fort Lauderdale, to Amsterdam, to Sydney

Advancements in science and health care are made possible through widespread access to results from cutting-edge research, enabling scientists to use and build on this knowledge. A critically important aspect of the success of the Human Genome Project was its approach to immediately release pre-publication primary sequence data.

Rapid public data release has long been standard practice within the large-scale genomics community. It is widely felt that this practice - made possible by the existence of universally endorsed policies governing the standards for and the availability of data in the public domain, as well as centralized repositories and portals for depositing and accessing such data - has been a driver of the rapid pace of genomic discovery. As a result, these policies empowered researchers around the globe to create an armamentarium of data resources for the community that has paid dividends beyond what anyone could have conceived. 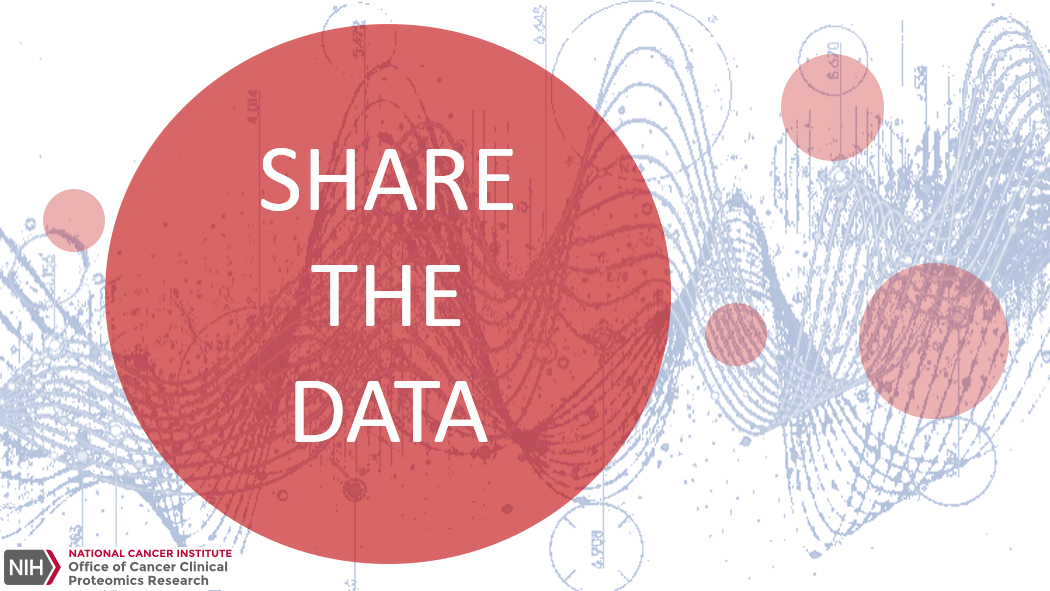 Guidelines for both the release and use of genomics data were published in what are commonly referred to as the Bermuda Principles and the Fort Lauderdale Principles. The Bermuda Principles, which were developed in 1996 at a meeting in Bermuda and ultimately endorsed by all of the major parties involved in the Human Genome Project, state that the primary genomic sequence should be freely available and in the public domain as soon as possible in order to encourage research and development, and to maximize its benefit to society. This was later reaffirmed in 2003 at a meeting in Fort Lauderdale, Florida, on best practices (the Fort Lauderdale Principles).

To empower the proteomics community on adopting an appropriately similar practice, the National Cancer Institute’s Office of Cancer Clinical Proteomics Research (OCCPR) in 2008, organized an international workshop in Amsterdam, the Netherlands, to begin defining policies that would govern the release of proteomics data into the public domain. This workshop was well represented with data producers, data users, databases repositories, scientific journals, and funding agencies from the proteomics community. The result were the Amsterdam Principles that established guidelines for the timing of data release, comprehensiveness of a dataset, data format, deposition to repositories, quality metrics, and responsibility for proteomic data, with an emphasis on mass spectrometry. This was reaffirmed in 2010 at a workshop in Sydney, Australia, convened by NCI’s OCCPR. As a sign of solidarity for these principles, four peer-reviewed journals simultaneously published the corollary to Amsterdam Principles.

Over the past decade, the biomedical research community has made remarkable progress in developing the technologies and experimental protocols needed to make precision medicine a viable science. In this new era of oncology, data are increasingly seen as a fundamental resource that underpins research across biomedicine and the broader health sciences. Developing sound policies that provide guidance and clarity on making data generated during a scientific study available and easy to interpret and reuse, is essential for the future of science. This is an important first step in promoting data sharing.