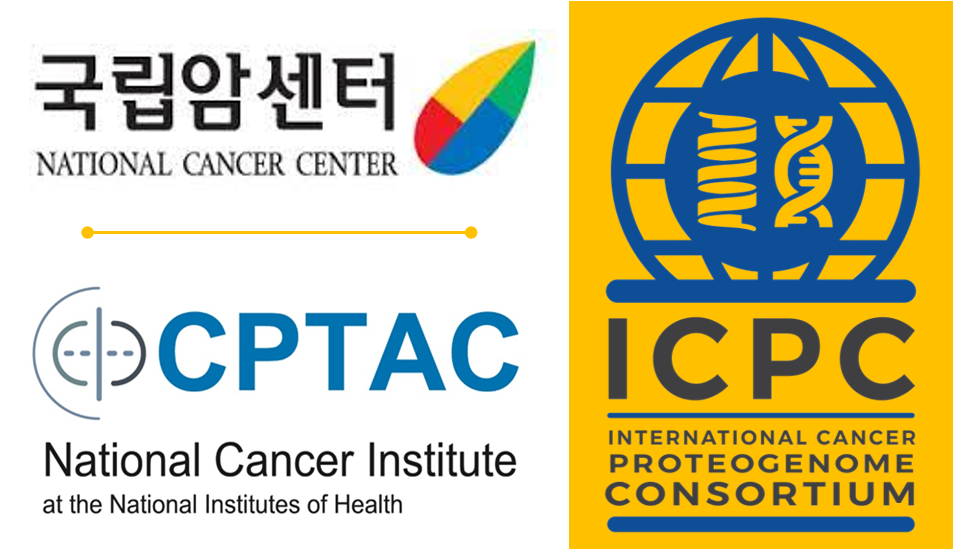 International Cancer Proteogenome Consortium (ICPC) global partnership.  The NCC-K has joined the ranks of 31 institutions in 12 countries around the world that have previously made this commitment with the National Institutes of Health’s (NIH) National Cancer Institute (NCI) to study the application of proteogenomic analysis in accelerating the understanding of the molecular basis of cancer and its translation to improve patient care.

The agreement was made official by a Memorandum of Understanding (MOU) between the NCC-K and NCI that was announced on Thursday, June 27th, 2019 during their 13th International Symposium entitled Cancer Proteogenomics: The Force Awakens.  To mark the occasion, Dr. Henry Rodriguez, Director of the Office of Cancer Clinical Proteogenomic Research at NCI, presented the conferences’ keynote address.  He, along with several CPTAC and ICPC investigators, shared current proteogenomic advances and new findings in cancer research.

Joining both the Korea Institute of Science and Technology and Korea University, the NCC-K will be the third participating institution within South Korea.  Established in 2000, the government-funded NCC-K was launched to provide cancer research, patient care, education and training to the Korean people, and to support the National Cancer Control Program (part of Korea’s National Cancer Act).  With a national footprint comparable to the NCI, NCC-K also shares a global commitment to understanding the biology of cancer through international collaborations, including with the World Health Organization - the International Agency for Research on Cancer (IARC) and the Asian Pacific Organization for Cancer Prevention (APOCP). 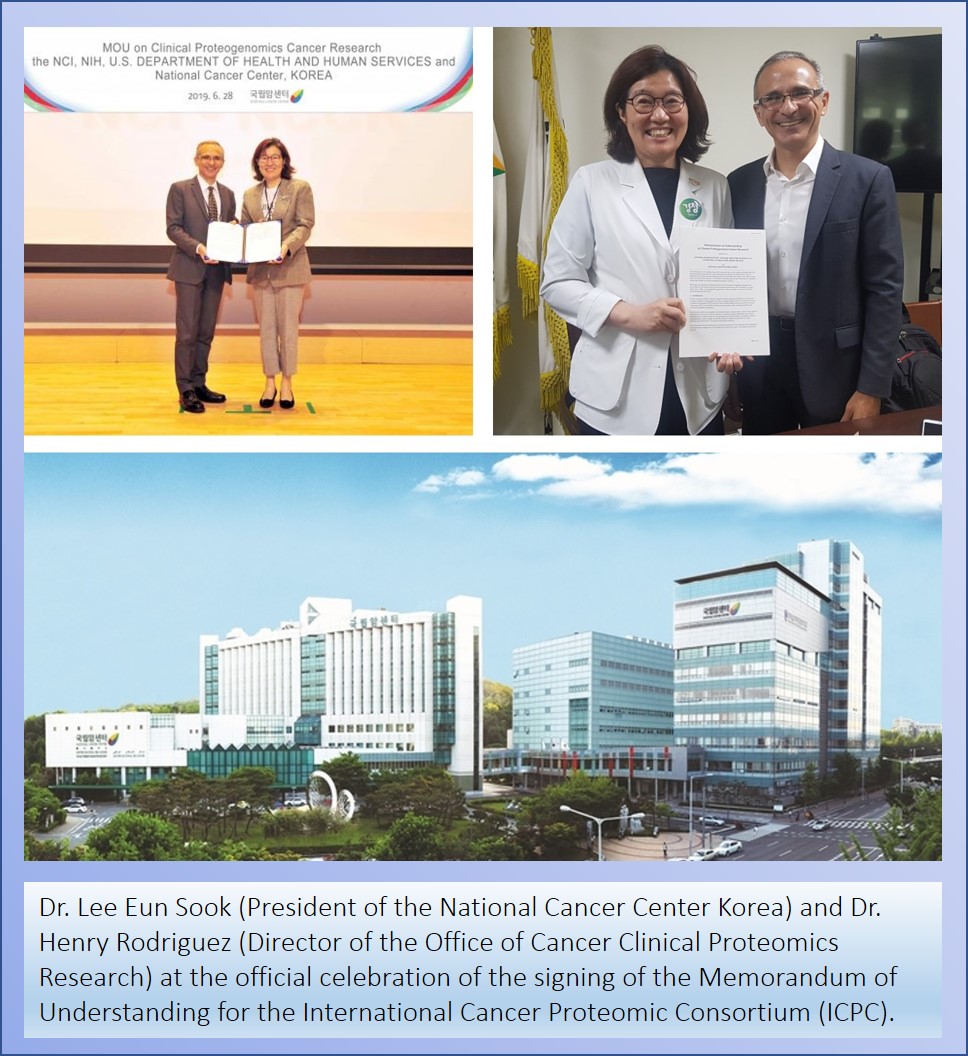 The NCC-K will direct its studies on cancers of interest and priority in South Korea, with a focus on early onset breast cancer, cervical cancer, cholangiocarcinoma, and gastric cancer.  As with all ICPC institutions, by examining commonly occurring cancers in their regions with proteogenomic methods and openly sharing the results with researchers worldwide, they broaden comprehensive multi-omics cancer research and accelerate the development of treatments for patients.

Each member of the ICPC also agrees to utilize NCI’s Clinical Proteomic Tumor Analysis Consortium’s (CPTAC) standardized workflows and host its subsequent data on community portals such as the NCI Genomic Data Commons, NCI Cancer Imaging Program portal and NCI CPTAC Proteomic Data Portal.  This commitment provides high quality, standardized information, that is easy to disseminate and analyze by researchers around the world.

The ICPC, modeled after the NIH NCI’s CPTAC program and catalyzed by the Cancer Moonshot program, is an international initiative with a simple goal – to produce a cancer atlas representative of the diversity of people with their cancers around the world.  The ICPC, is a voluntary scientific organization that provides a forum for collaboration among some of the world's leading cancer and proteogenomic research centers.

We are pleased to have NCC-K as global partners in the fight against cancer.