The National Cancer Institute (NCI) of the National Institutes of Health is pleased to announce the signing of two new memoranda of understanding (MOUs) for international cancer research and care, as well as new efforts in the emerging scientific area of proteogenomics for precision oncology. MOUs establish agreements to work together in clinical cancer research and in the development of standards and solutions for this science discipline being advanced by both organizations.

“This partnership aims to foster our shared goals for 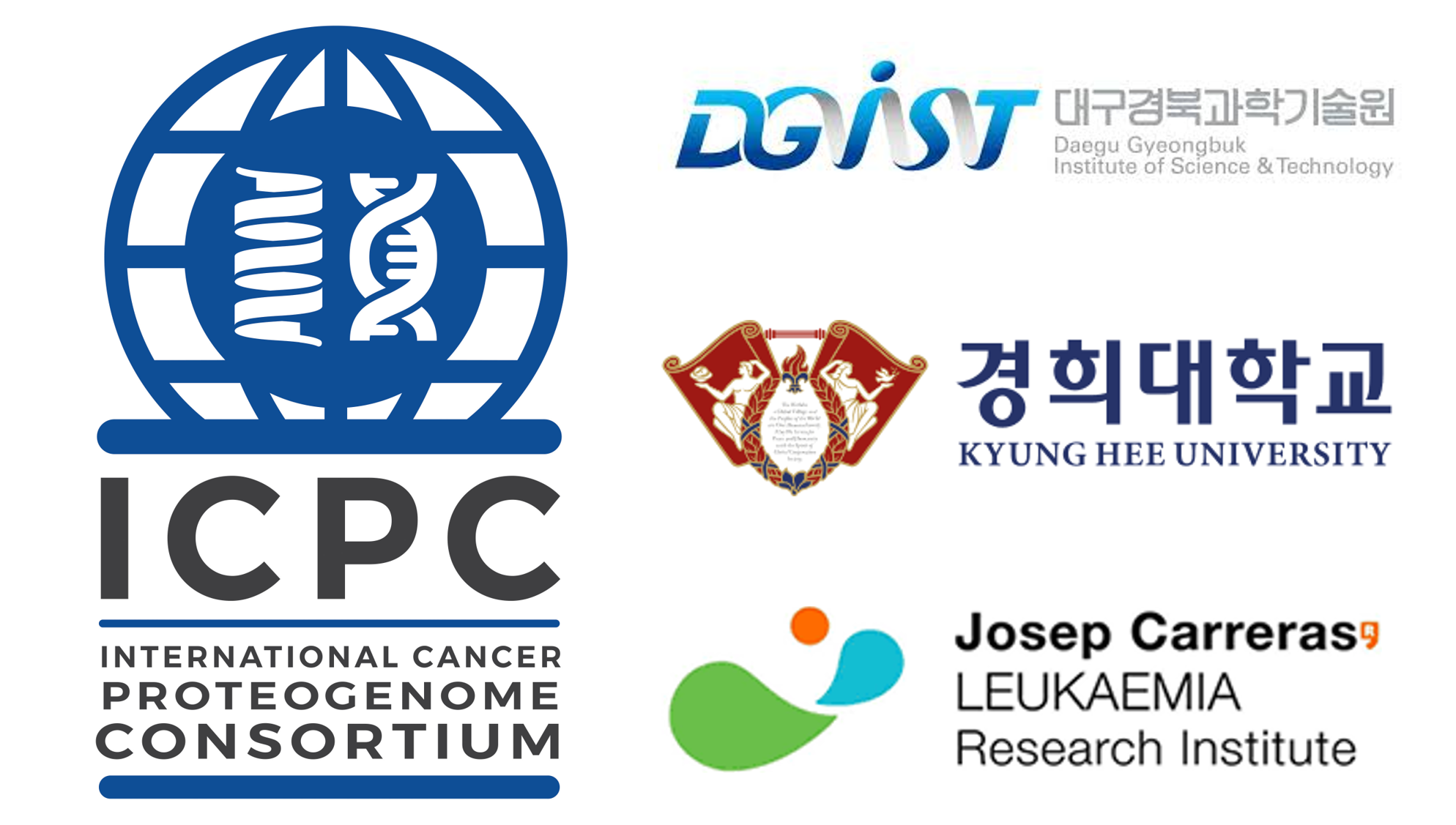 The IJC will focus its studies on leukaemia in the Spanish population.  Manel Esteller, Director of the Josep Carreras Leukaemia Research Institute (IJC), ICREA researcher and Chairman of Genetics at the University of Barcelona, and Carolina De la Torre, head of the IJC proteomics facility, consider that “our participation in this consortium will let our institute to move forward to the personalised medicine. To apply proteogenomic will help us to develop the patient’s stratification according to genomics, epigenetics and proteomics as well as biological and environmental factors that have a high influence in disease progression”.

DGIST and KHU will study commonly diagnosed cancers in South Korea. "By joining the ICPC, we will expand opportunities to accomplish the high standard proteogenomic analysis for lung and breast cancers of Korean patients. I'm looking forward that this international collaborative effort would allow all of us to move a step forward toward precision oncology and ultimately develop precision medicine." said Min-Sik Kim, Professor of the Department of New Biology at DGIST.

"It's exciting to be a new member of ICPC program. Based on the experience of contributing to data production on the early onset gastric cancer, now I am involved in a new proteogenomics program of lung cancer patients to obtain clinical and proteogenomic data from about 300 patients.", said Kwang Pyo Kim, Professor of the Department of Applied Chemistry at KHU. "I believe that this cancer research is an important collaboration to advance the control of cancers including lung and breast cancer.", he added.

ICPC is a voluntary scientific organization that provides a forum for collaboration among some of the world's leading cancer and proteogenomic research centers. Aligned with the Cancer Moonshot and the goals of the NCI CPTAC, ICPC helps break down silos and allow scientists to work together and share information. Data findings from ICPC members are made available to cancer researchers and physicians globally to help further their understanding of cancer and to one day inform patient care. Cancer knows no borders.

The IJC is a non-profit research institute based in Badalona (Barcelona, Spain) dedicated to biomedical research and personalized medicine in leukaemia and other malignant blood diseases. It conducts research into the basic, epidemiological, preventive, clinical and translational aspects of leukaemia and other haematological malignancies.

The IJC, directed by Dr. Manel Esteller, was launched in 2010 by the Josep Carreras Foundation, together with the Catalan government, and is the first European research centre devoted exclusively to leukaemia and other malignant blood diseases. It’s research efforts are imperative to provide patients with high-quality healthcare, and specialists combine their extensive knowledge to focus on patients’ needs. IJC’s aim is to understand the origins and development of leukaemia and other malignant haematological pathologies with a view to their prevention, with efforts directed towards identifying new therapeutic targets and developing effective treatments with fewer side effects through cutting-edge research, whose  ultimate goal is to ensure that leukaemia is a curable disease in all cases.

About DGIST and KHU

DGIST is an Institute of Science and Technology established by the Korean government to benefit society through development and advancement of science and engineering. DGIST, located in Daegu Metropolitan City, was established as a research institute in 2004, redefined itself as a research-oriented university by establishing its graduate and undergraduate programs in 2011 and 2014, respectively. Involved in the collaboration are the Department of New Biology, the Center for Core Research Facilities, and the Supercomputing and Big Data Center. Founded in 1949, KHU is a private university in South Korea with campuses in Seoul and Suwon, and is part of the Kyung Hee University System. Involved in the collaboration are the Department of Applied Chemistry and the Center of Multi-Omics as a part of the Characterization Medical Institute of Kyung Hee Medical Science Research Institute.