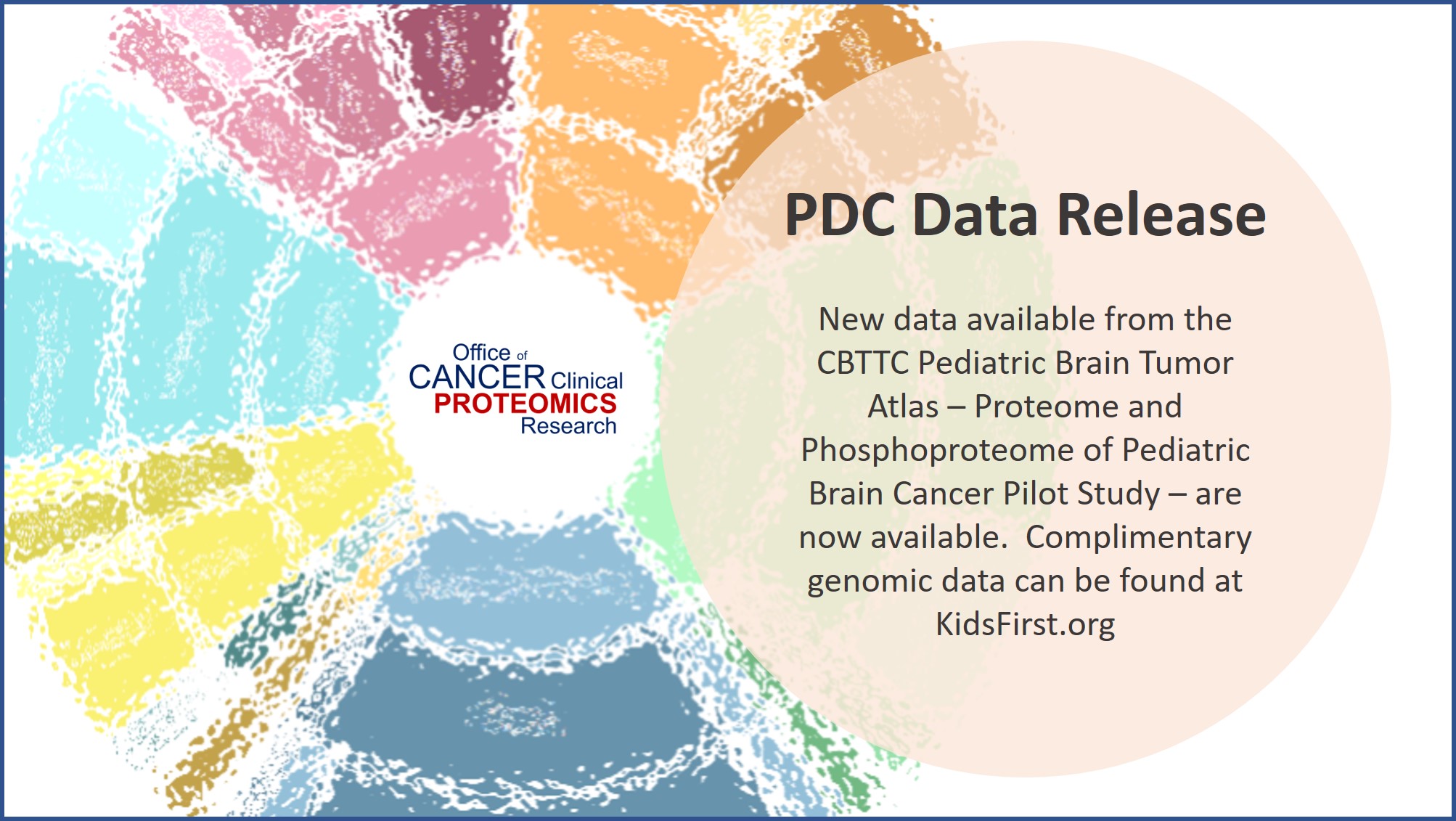 The CBTTC and the Pacific Pediatric Neuro-Oncology Consortia (PNOC) are collaborative research consortia focused on identifying therapies for children with brain tumors.

As a part of their collaboration, they have built the Pediatric Brain Tumor Atlas (PBTA) dataset which houses clinical data for a cohort of almost 1000 pediatric brains tumors, complete with associated whole genome sequencing and RNAseq data.

To extend the collaboration, CBTTC and CPTAC joined forces to further proteogenomically characterize a subset of these tumors in a pilot study examining seven brain tumor subtypes in children to aid in the identification of therapies for pediatric patients, which is now available on the PDC.