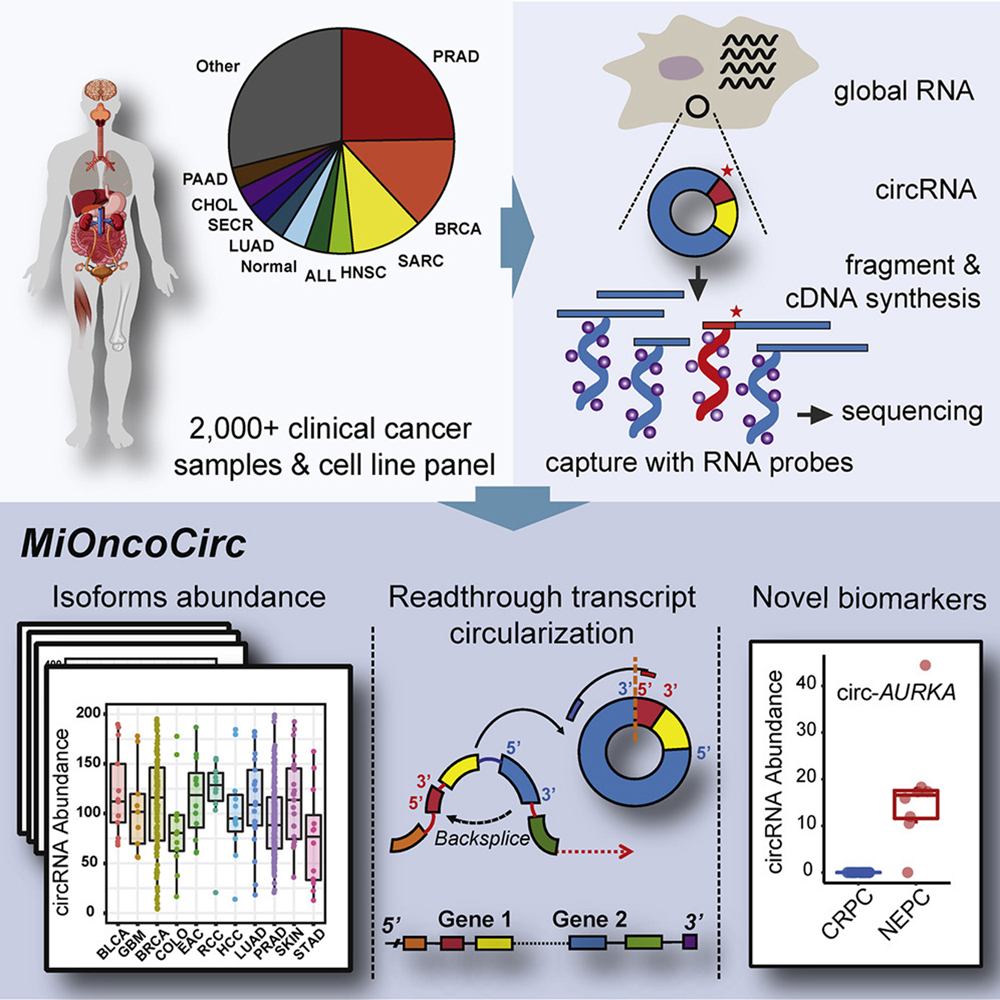 University of Michigan Rogel Cancer Center researchers Arul Chinnaiyan, Alexey Nesvizhskii and colleagues have recently teamed up to catalog circular RNA (circRNA) in multiple cancers and conducted initial research that suggests these stable structures could serve as cancer markers in blood or urine. Using an exome capture RNA sequencing protocol to detect and characterize circRNAs across >2,000 clinical cancer samples and cell line panels as part of the MiOncoSeq program, they built the most comprehensive catalogue of circRNA species to date: MiOncoCirc, the first database to be composed primarily of circRNAs directly detected in tumor tissues.

Using MiOncoCirc, the team identified candidate circRNAs to serve as markers for prostate cancer and found them to be more stable than linear RNA. Further, a novel class of circular transcripts, termed read-through circRNAs, that involved exons originating from different genes were detected. The researchers turned their findings into a database called MiOncoCirc that serves as a valuable community resource for the development of circRNAs as diagnostic or therapeutic targets across cancer types.

With an eye on personalized medicine, MiOncoSeq is a Rogel Cancer Center initiative where patients with metastatic or refractory cancer undergo a biopsy of their tumor so researchers can fully understand the genetic makeup of their cancer. The goal is to identify genetic mutations that may be a target for treatment. A team of experts meets regularly to discuss every patient's results and recommends an existing treatment or a clinical trial that may work best.

This study, in part supported by the NCI CPTAC, EDRN, and SPORE programs, was published in Cell.